“ARIES: Murders of the Zodiac” is the third book in this suspenseful page-turning series. Prepare yourselves for unexpected twists and turns!
An Amazon Reviewer of book 1, “AQUARIUS: Murders of the Zodiac,” said: “Well written and with great characters, that you can’t help but love. The storyline was intriguing with plot twists that left me breathless. A great book for mystery fans.”
** This site is a participant in various affiliate advertising programs through Amazon.com, Rakuten Marketing, Commission Junction, IndieBound, Smashwords, Book Depository, and more that are designed to provide a means for Jess to earn minimal advertising fees by showcasing the areas you can purchase the corresponding products that Jess discusses within her news posts.
All of these affiliate links are obvious as to which ones they are. **
Leslie
Running through the forest because a serial killer is chasing me, wasn’t on my schedule for today. Now, I have not choice, but to play his game and out-smart him before I’m his next victim. I’m a survivor so he’s toast or so I hope.
Ryan
I’m resigned to the fact that a killer has made us his own personal obsession, but I hadn’t expected it to become personal. He took my partner and I’ll do anything to her back. I can’t let her die because of my mistake.
Join Leslie and Ryan as they track down the Aries killer.

Heather and Betsy were at a local coffee shop, according to their social trackers.
I shook my head at the stupidity of women only a few years younger than me. Why on earth would you tell people exactly where you were? Anyone trying to find or stalk you only had to be on the app to locate you.
The three of us walked in and approached the table with the women who were confirmed to be in Elisa’s picture.
“Heather? Betsy?” I asked, stepping toward the two girls seated at the table.
“Yeah, who are you?” Betsy asked, with her nose turned up at my outfit.
Suddenly self-conscious of my khaki pants and dress shirt, I had to repeat to myself that I wasn’t the one broadcasting my location to serial killers on social media.
“Are you friends with Elisa?”
“Yeah, but you certainly aren’t, so what do you want?” Heather asked rudely.
“She’s dead.” I dropped the words into the hostile air, knowing it was the only way to get their attention.
“Whatever. That’s your film crew right behind you, isn’t it?” She barely glanced at the two cops standing behind me. “Ignore her, Betsy. We’re being punked,” Heather huffed, turning her seat away from us.
I pulled out the temporary badge I’d been given only hours before. “The FBI begs to differ, Heather.”
“Oh, my God! It’s true?” Betsy started to wail.
“Yes. Can we have a seat? We have a few questions for you.”
Eyes wide, Heather turned back toward us. “I haven’t seen anything on her social stuff.”
“No, Heather, and you won’t. She’s dead, so she can’t post on social media to update you.” I couldn’t believe that she was missing the point completely. “We need to know where she was planning to go for her birthday this last weekend. Did she tell you who was going with her?”
“No, and we didn’t know we were supposed to meet her anywhere. She wanted to know why we weren’t there. She’d called us, drunk, saying it was going to be a horrible birthday because of us, and that we shouldn’t prank people on special occasions,” Betsy answered between sobs.
“Look, we didn’t kill her, and we certainly wouldn’t send her to some beach getaway for her birthday. I talked to her before she got drunk. I think and she mentioned something about it being a surprise from us. We didn’t try to surprise her.” Heather shrugged and went back to staring out the window.
“She kept saying something about all these plans, I guess waiting for us to slip up and tell her what we were doing. I thought someone else was surprising her, and I didn’t want to ruin it for her.” Betsy was taking deep breaths in a vain attempt to calm down.
Agent Watson stepped forward, placing a business card in front of each girl. “If you ladies think of anything else that might help us find her killer, please call.”
“Wait, she was murdered?”
We finally had Heather’s attention.
“Yes. The FBI doesn’t normally get involved with informing friends of their peers’ deaths when it’s only a car accident,” I added with sarcasm.
“Who would kill her?” Betsy covered her mouth in horror.
“Are we in danger?” Heather looked at the three of us for an answer.
Gritting my teeth, because she was getting on my nerves, I tried to answer politely. “Do you have a birthday this month?”
“What the hell does that have to do with anything?” she asked, offended.
“The killer is only going after women with the birth sign of Aries.”
“Oh, well then, both Betsy and I are safe. I was born in December, and her birthday is in August, so we should be okay.”
“Yes, Heather, I think you’re going to be just fine. Thank you both for your help.” I got up to leave, knowing that even if they knew anything, they were too self-absorbed to realize it.
The three of us left quickly, and I let out a relieved laugh when we were inside the safety of the car.
“I was ready to strangle that girl myself. Please tell me I wasn’t alone in the feeling?”
“How can someone not even care that their friend is dead?” Ryan agreed, pitying the dead woman in her choice of friends.
“Heather cared a lot more than she let on. I thought she was really stupid at first, but I think it’s just an act. Either way, I think we got all the information we could, and now we know the victims probably didn’t tell anyone about where they were going on their special birthday getaway.”
“I’m going to have to let the two of you drive up to Seaside. Agent Perez needs me to run point on something that’s come up here. I’ll take you to my building and put in the address. I’ll let her know that you’re on the way.” Agent Watson looked apologetic.
“We can handle it. Nothing like a murder to take you to new places or go on a road trip.” 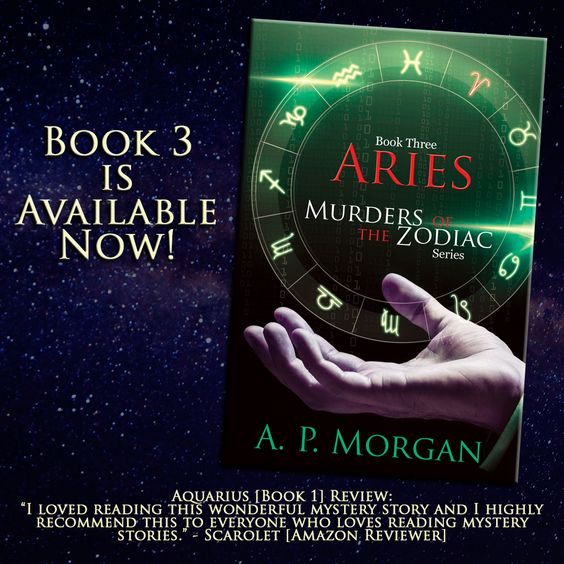