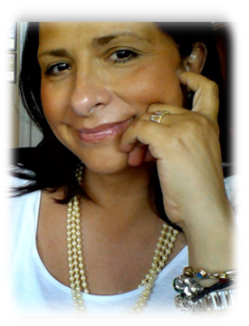 M. C. V. Egan is the pen name chosen by Maria Catalina Vergara Egan the author of The Bridge of Deaths. Catalina was born in Mexico City, Mexico in 1959, the sixth of eight children, in a traditional Catholic family. From a very young age she became obsessed with the story of her maternal Grandfather, Cesar Agustin Castillo, mostly the story of how he died. She only spent her childhood in Mexico. Her father became an employee of The World Bank in Washington D.C. From the early 1970s at the age of 12 she moved with her entire family to the United States.

Catalina was already fluent in Southern English as she had spent one school year in the town of Pineville, Louisiana with her grandparents. There she won the English award; ironically being the only one who had English as a second language in her class. In the D.C. suburbs she attended various private Catholic schools and graduated from Winston Churchill High School in Potomac, Maryland in 1977.

She attended Montgomery Community College, where she changed majors every semester. She also studied in Lyons, France at the Catholic University for two years. In 1981, due to an impulsive young marriage to a Viking (The Swedish kind, not the football player kind) Catalina moved to Sweden where she resided for five years and taught at a language school for Swedish, Danish, and Finnish business people. She returned to the USA where she has been living ever since. She is fluent in Spanish, English, French and Swedish.

Maria Catalina Vergara Egan is married and has one son, who together with their five pound Chihuahua make her feel like a fulltime mother. Although she would not call herself an Astrologer she has taken many classes and taught a few beginner classes in Astrology. This is one of her many past times when she is not writing or researching.

The Bridge of Deaths is available in two formats. One with over 200 footnotes and another in which the storyline is all narrative.

Some of M. C. V. Egan’s novels that Jess assisted with :

If you can’t see/watch the below video playlist of videos then click here to watch it.

Some of the Graphic Design Creations Jess created for M. C. V. Egan :

** This site is a participant in various affiliate advertising programs through Amazon.com, Rakuten Marketing, Commission Junction, IndieBound, Smashwords, Book Depository, and more that are designed to provide a means for Jess to earn minimal advertising fees by showcasing the areas you can purchase the corresponding products that Jess discusses within her news posts. Basically Jess earns from qualifying purchases.
More specifically Jess partners those websites’ programs and you should be aware that they may collect personal information when you interact with their sites. The collection and use of this information is subject to their own privacy policies.
You can check out Rakuten Marketing’s privacy policy here: https://rakutenmarketing.com/legal-notices/services-privacy-policy/ ** 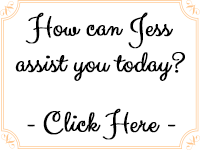