During a vacation in Belize with her young son, Joey, Cat gets a phone call from her boss. Young prostitutes are being picked up, murdered and left for dead in the Florida Everglades. The first victim does not fit the killer’s modus operandi. She was a legal secretary working for the Fort Lauderdale based international law firm, Black and Knight.

As Cat investigates this and other deaths, they lead back to the firm’s henchmen and to its partners. With the help of another firm employee, Cat discovers a secret web of murder, illicit drugs, prostitution, sex trafficking, corruption and more. The firm’s partners intend to kill anyone who can lead the law back to them, including Cat.

As the body count grows, powerful people will make decisions that will change lives. Decisions that will destroy families. As Cat uncovers the conspiracy, only one partner, the mastermind, will become Cat’s ally. She will walk away, after seeing that the others are brought to justice.

** This site is a participant in various affiliate advertising programs through Amazon.com, Rakuten Marketing, Commission Junction, IndieBound, Smashwords, Book Depository, and more that are designed to provide a means for Jess to earn minimal advertising fees by showcasing the areas you can purchase the corresponding products that Jess discusses within her news posts. Basically Jess earns from qualifying purchases. ** 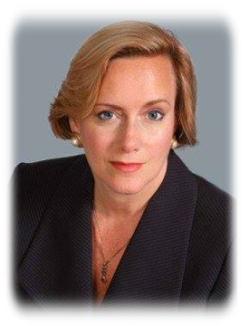 Solange Ritchie is a civil lawyer and a fiction writer. Born in the beautiful tropical island of Jamaica to a Jamaican father and a French mother, Solange immigrated to United States at age eleven. Fed up with thrillers that start with a fizzle and longing to see more powerful women as lead characters, Solange decided to create her own characters. Despite the demands of busy legal career, Solange dedicated herself to writing, often before work, on weekends and on vacations. It is from this passion that the character, Dr. Catherine “Cat” Powers and her young son, Joey, were born.

Solange achieved a successful writing career while doing “last minute trials” with her ex-husband. Dubbed “the Case Saver,” Solange handled intense legal motions that would either make or break a case in many areas of law. In 2014, Solange received the California State Bar’s highest award for a small firm, solo practitioner, the Myer J. Sankary Attorney of the Year Award. It given to only one lawyer in the state each year.

Solange’s first psychological thriller, “The Burning Man” featuring Dr. Catherine Powers was published in 2015 and her second in the series, “Firestorm” was released in 2018. Both are available on Amazon.