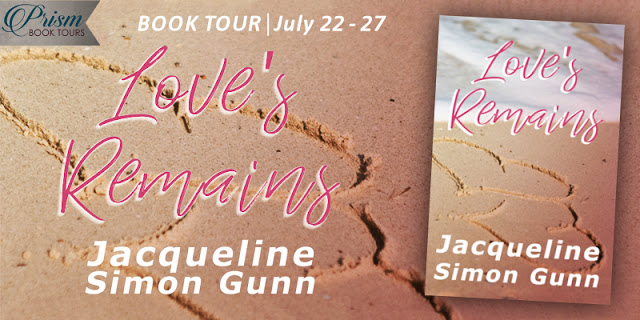 On Tour with Prism Book Tours

We hope you enjoyed the tour! If you missed any of the stops
you’ll find snippets, as well as the link to each full post, below:

What do you hope readers take with them after they’ve read it?

I hope that readers will find something of themselves, something relatable within each character that will offer insight into their own relationships and choices and/or the possibility to think about their relationships differently. So many people find themselves in difficult relationships, holding on when it’s painful, staying when they want to go, being pulled toward the wrong people, not loving those who love them. The answers to these questions are complicated and not the same for everyone. That’s why I chose a fictional format as opposed to non-fiction. Instead of telling readers what they should do or advising, I wanted to give them the opportunity to see various relationship situations in action and then show “why,” show the motivation for the characters’ actions. I hoped by revealing the psychology through the characters, readers would find their own answers upon reflection. But the book is filled with drama and tension and like any other fiction writer, I hope my readers will enjoy the story.

What does Alex learn from moving on?

Sometimes when we love we give so much of ourselves that when the relationship isn’t working it’s very hard to let go; our sense of self is invested and embedded in the relationship. We create illusions and hold on to them to make staying make sense. We create narratives to excuse behavior towards us that makes us feel bad. . .

I pulled her against me as we walked. We had taken our shoes off and were strolling along the edge of the ocean, the water washing in and out splashing against our feet. She loved the ocean at night, same as I do.

“We are a little overdressed.” I raised my brow. She was always full of surprises. As self-conscious as she said she felt, she did things that reflected her freedom or her desire for it. Just like me. It was intoxicating to be with a woman who I didn’t feel like I’d be tied down by. Someone I could want to be with all the time, not feel like I had to be with.

Do we love people forever?

Since Love’s Remains explores what’s left between two people after the relationship is gone, people have written in and asked me if I think we ever truly get over someone. Love’s Remains addresses this theme in both romantic and non-romantic relationships. So, for example, Will has an estranged relationship with his father and new issues arise for him in the context of this relationship. The story shows that although he barely talks to his dad, there are ‘remains’ of that relationship within him that affect him in ways that he might not have even realized until he’s confronted with the unresolved emotions. . .

⭐️ From Me to You … Video, Photography, & Book Reviews – Interview ⭐️

Jess: Which usually comes first for you, the character(s), story or the idea for the novel?

Jacqueline: Before I even begin writing a book, I usually have a vague sense of the story and the underlying themes I’d like to explore. When I actually start pounding the keyboard, I begin with the development of my main characters, holding the story in the back of my mind, but letting the characters sort of take over the direction. It’s like being a passenger. I’m there, but I’m not driving once we get going.

Why do we love, love stories?

If you think about any movie or book, even those that aren’t in the romance genre, there’s often a subplot that involves a romance or teases us with the possibility of one. When people come into therapy, no matter what the presenting complaint is, relationships inevitably become a central topic. . .

Why do you usually write from multiple points of view?

Most of my fiction books have at least three points of view. I do this because I want to understand what’s motivating each character, and I want my readers to see that choices do not happen in a vacuum. Every decision made has an impact on those close to us and then those close to them and so on. In this way, there are always webs between groups of people even when the connections are not obvious and/or the relationships are remote. . .

What does the relationship between Alex and Cecilia reveal?

The unfolding of the friendship between Alex and Cecilia was unexpected. At first, Cecilia was meant to be a secondary character, but the deeper I got into the story the more fascinated I became with her psychological make-up, her background and her decisions. Her unpredictability had me captivated. . .

Reading On The Edge – Excerpt

“I thought we were waaaay past this.”

“I hurt myself by hurting you.” His face wore a look of compassion. I hated that look, because it reminded me that he was a good person, that he had tried over and over to apologize. He unwittingly brought out the part of me that I hated, and I projected that hate onto him, because it was easier to hate someone else than to hate myself. Tears poured out of my eyes. And he wrapped his arms around me, holding me as wept.

Don’t forget to enter the giveaway at the end of this post, if you haven’t already…

The second year of graduate school started out as a new beginning. I felt stronger. My heart had stitched itself up. I had finally healed enough on the inside to let love flourish once again. But an ever-present ex-boyfriend made the unresolved emotions between us impossible to ignore.

Then new complications emerged: Said ex-boyfriend began dating Cecilia, who just happened to be the ex-girlfriend of my new love interest. I should have hated her. I wanted to hate her. But, I have to admit, I liked her.

As the semester progressed, the tangled web between us deepened in ways I never could have anticipated, and it spread to those closest to us. We had the same classes, the same friends, the same interests. Then, of course, there were all the secrets, some of which could ruin the love I believed I wanted, I deserved.

Once again, I got pulled into the dizzying vortex of all that remained unfinished. And doubt crept in. Had I really healed enough to make myself vulnerable again? Had I made the right choices?

But the big question is: Can we ever really leave past relationships behind?

This is the second book in the Where You’ll Land series, but can be read as a stand-alone.

** This site is a participant in various affiliate advertising programs through Amazon.com, Rakuten Marketing, Commission Junction, IndieBound, Smashwords, Book Depository, and more that are designed to provide a means for Jess to earn minimal advertising fees by showcasing the areas you can purchase the corresponding products that Jess discusses within her news posts.
All of these affiliate links are obvious as to which ones they are. **

Other Books in the Series 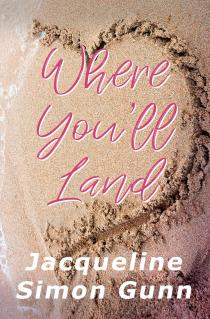 After a bad breakup, I packed up my life and moved to Miami to study for my doctorate in psychology. I made one promise to myself: Do not get romantically involved while I was in school. I needed to heal. And then Will Easton came into my life. He was warm and sweet and intelligent. And he got me. What I didn’t know was that Will was running from a tragedy of his own.

When you try to escape your past without confronting your emotions, you repeat those same past patterns over and over. And that’s just what happened to Will and me, along with a few others who got swept up into the storm that was our relationship. Then came the awful secret. The one that changed everything.

Sometimes the most painful relationships are the ones that help us grow into who we are and to find the love we had been searching for all along.

Which begs the question: Can we choose who we love?

Jacqueline Simon Gunn is a Manhattan-based clinical psychologist and writer. She has authored two non-fiction books, and co-authored two others. She has published many articles, both scholarly and mainstream, and currently works as a freelance writer. With her academic and clinical experience in psychology, Gunn is now writing psychological fiction. Her Close Enough to Kill series, explores the delicate line between passion and obsession, love and hate, and offers readers an elaborate look into the mind of a murderer.

In addition to her clinical work and writing, Gunn is an avid runner and reader. She is currently working on multiple writing projects, including three romance novels.

One winner will receive: 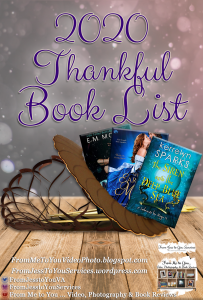